The latest data from Statistics New Zealand shows that 230,200 claims were made to ACC for a work-related injury in 2015 and 31,000 of those were for entitlement.

Earlier this month, the wider Hawkes Bay area was identified as the worst region in New Zealand when it comes to workplace injuries with a worrying rate of 151 injuries per 1,000 full-time workers.

WorkSafe spokesman Brett Murray warned that the summer months should be a particular concern to employers when it comes to health and safety.

“Summer does create some new or add additional risks, especially those who are working long days as dehydration and fatigue can lead to potentially fatal accident,” he said.

“I encourage each workplace in New Zealand to start the year by discussing health and safety and taking positive steps, such as discussing workplace risks with teams, checking personal protective equipment, including hearing protection, safety glasses or face shields.” 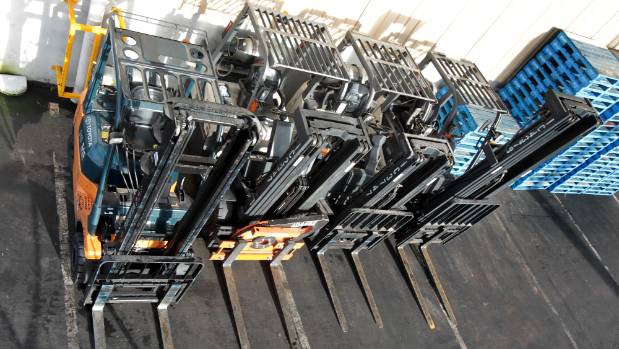 Waikato companies and employers were hit with more than $880,000 worth of fines and reparation orders for workplace health and safety breaches in 2016.

Growing numbers of Waikato companies and employers are being hauled in front of the courts for falling foul of health and safety laws.

And they’re being hit hard in the back pocket for it: Courts have dished out more than $1.7 million in fines and reparation orders across the region since 2014.

WorkSafe New Zealand figures obtained under the Official Information Act show 13 companies or bosses fronted in Waikato courtrooms in the first eight months of 2016 – more than double the number for the entire 2015.

In April, the new Health and Safety at Work Act came into force, significantly increasing penalties for workplace safety breaches.

A prosecution has yet to be brought under the new law.

Richard Wagstaff, president of the New Zealand Council of Trade Unions, said that on the one hand, it was pleasing to see courts getting tough on those flouting health and safety laws.

However, the number of workers seriously injured or killed on the job remains unacceptably high.

“It’s no cause for celebration that people are breaking the law,” Wagstaff said.

“From our perspective, we’d prefer it that people were complying with the law and fatalities and accident rates were dropping dramatically to be in line with other countries.”

As of November 25, four people had died in work-related incidents in the Waikato and 45 nationwide.

Wagstaff said the new health and safety law was an improvement on the previous regime, but he had major concerns about the lack of worker participation and representation in the workplace.

More had to be done to empower workers to speak up about health and safety.

“Improving workplace safety in New Zealand is like turning around an oil tanker,” Wagstaff said, “you just can’t flick a switch.”

“While managers have been encouraged to improve their act, we think a real deficit is workers themselves aren’t encouraged to stand up for health and safety.”

William Durning, Waikato Chambers of Commerce chief executive, said the safety of workers is at the forefront of employers’ minds.

Although growing numbers of Waikato companies are breaching health and safety laws, it didn’t necessarily reflect a slipping of standards, he said.

“The statistics could be a reflection of the fact the business community in the Waikato is actually growing. We’ve got more businesses here than in the past and so potentially there’s going to be some growth in these [prosecution] numbers, ” Durning said.

“The stick, sadly, will be there for those that offend and we should support the courts when they do hold people to account. However, I don’t know of one good business owner that doesn’t care about his or her staff. Businesses don’t operate without great people and you need them going home every night to their families and friends.”

Based on experiences in Australia, which underwent a similar law change, fines could be expected roughly to double.

Although fines are one way to enforce health and safety laws, educating employers on their obligations is as important.

“As time goes on, people are getting to grips with their obligations a bit better, but I don’t think any businesses would hold themselves out as the finished product in terms of health and safety,” Maskill said.

Kim Campbell, chief executive of the Employers and Manufacturers Association (EMA), said workplace health and safety practices had improved dramatically in the past five years.

Thousands of people to date had gone through EMA’s training programmes, resulting in a greater awareness among employers of their obligations.